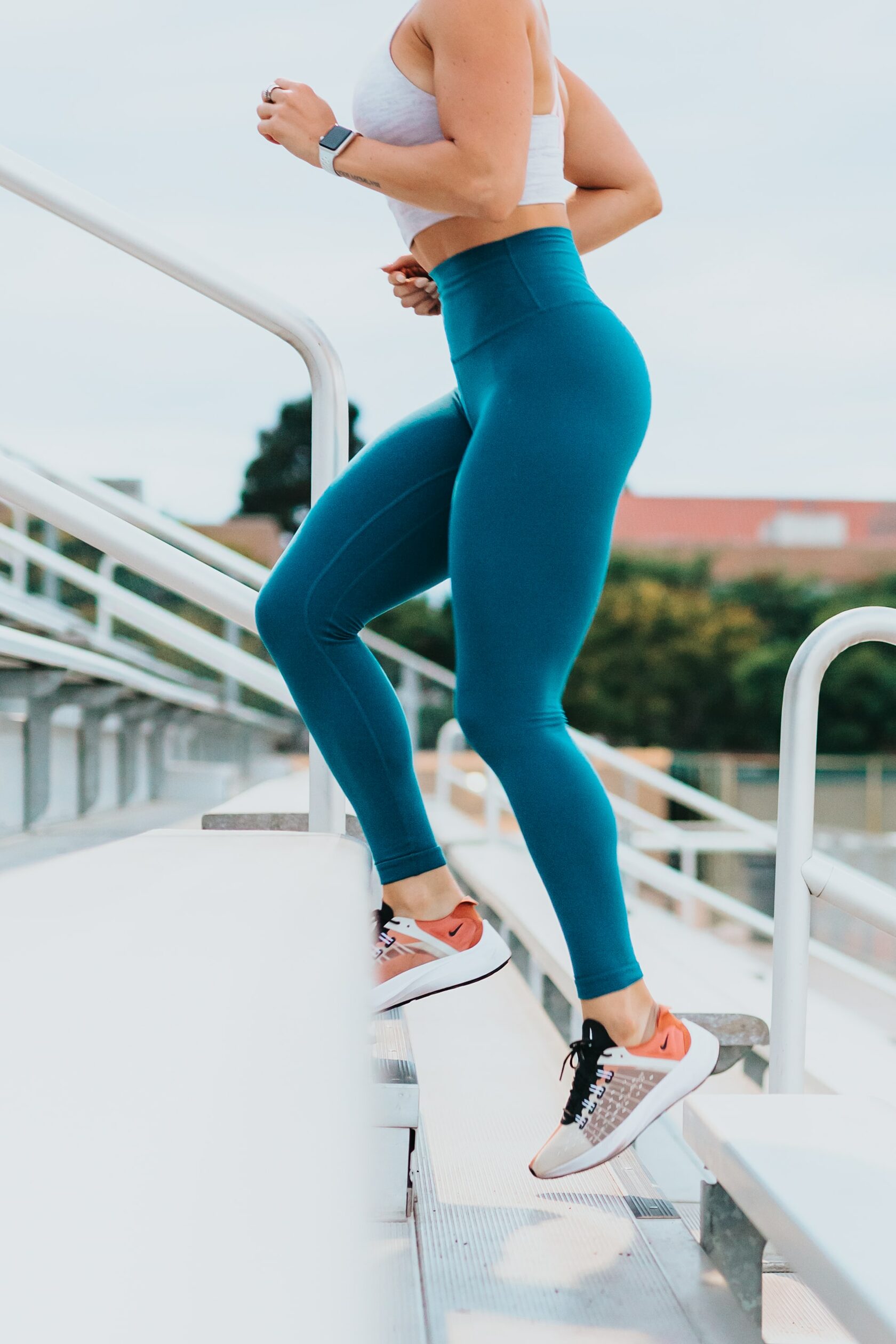 The prevailing obsession with ‘wellness’ shows no sign of abating, with the emphasis being on controlling body weight and shape through diet and exercise. This fixation has developed alongside the social media boom, meaning the resources people turn to for advice are becoming less and less reliable. Throw in a pandemic, when messaging about remaining ‘healthy’ intensified and came alongside lockdowns in which daily walks were practically mandatory, and we now potentially have a population-level problem that I am all too personally familiar with: a compulsive, disordered relationship with food and exercise.
‍

The Western world continues to strive for the physical perfection that has become the marker of successful living. Thanks in large part to the diet and fitness industry, an individual’s perception of how happy and well they feel is increasingly driven by quantifiable aspects of their day. How many portions of ‘good fats’ did they consume? Is their smartwatch pleased with their activity levels?

Such micromanagement is understandable, given the relentless public messaging over recent years. We are bombarded by the allegation of being collectively overweight and thus ‘unhealthy’; and, to solve this, we all need to change our dysfunctional lifestyles. The well-touted solution? Eat less and exercise more.

The argument for a nationwide slimming down is sketchy at best and relies on the jaded notion of Body Mass Index (BMI), which in turn makes the scientifically impossible assumption that all bodies function in the same way. Thankfully, this is increasingly falling out of favour as a measure of health due to its many flaws. Still, the diet and fitness industry will always come up with a new set of standards to meet and, even if we avoid being sucked into weight loss culture, the constant beat of the ill-advised drum embeds a dull ache of guilt that we do not eat or move properly. How many times have you heard someone comment that they like their body as it is, but they are working out and going vegan to be ‘healthier’?

That was me, once. I joined the University gym and swapped between-lecture chocolate for cereal bars, thinking I was mature and responsible. There was no impetus to lose weight, I just felt I should try to be a healthier version of myself – despite the fact I felt absolutely fine. The anorexia that was triggered at this point knocked me sideways and left me and everyone around me perplexed as to where it came from.
‍

Overexercise slips under the radar

The number of people recognised as existing in a disordered relationship with food is growing. We barely go a few weeks without another news story covering how stretched eating disorder treatment services and charities are, and how hospital admissions continue to rise. The only positive that could possibly emerge is for it to become impossible to ignore the fact that something is going very wrong, leading to more investment, research and an overhaul in food-related public messaging and policies.

However, the blanket praise for exercise shows no sign of being challenged. Moreover, compulsive attitudes to exercise are accepted and even lauded; it is rarely questioned whether the insistence on going for a run on Christmas day, or taking gym gear on holiday, could be a sign of pathological need. Instead, it’s regarded as something others should aspire to.

Over the years of my recovery, I have found it easier to eat more than to exercise less, despite having to fight against the trends for intermittent fasting and eliminating whole food groups that exploded during my toughest years. I cannot say for certain why, but I don’t think societal attitudes to fitness have helped.

If I depicted how I ate at the height of my disorder, I am confident most reactions would involve balking in disbelief about how extremely unhealthy it was. In contrast, if I shared how much running and stomach crunching I did every morning before work, responses may be somewhat admiring. Indeed, despite my obviously unwell outward appearance, some colleagues were complimentary and even jealous of my self-discipline.

Crucially, I wasn’t exhibiting ‘self’-discipline at all; I was possessed by a mental illness. In hindsight, comments like “I could never do what you do” could have been logically countered by “you could if you had my faulty neural pathways”; but I was too exhausted to compute what was happening to me, I was just focusing on surviving on the thin line between keeping anorexia happy and dying.

Overexercise has a huge toll on the body, not to mention the mind. One effect I suffered for over a decade was hypothalamic amenorrhea – ceasing of menstruation due to excessive energy expenditure. Along with being common in people with eating disorders, this condition is suffered by athletes and others generally recognised as ‘fit’, who may not exhibit serious food issues. The female body simply cannot cope with the stress of too much exercise. This obviously impacts fertility, which, devastatingly, cannot always be recovered. Biologically male bodies also suffer, as overdoing physical activity reduces testosterone and sperm quality and quantity.

Yet, the dangers of overexercising are never portrayed by the apparently perfectly functioning parent-of-three on Instagram who works out every day and never eats sugar. The fact there is no way of authenticating their story as to what life entails behind the filters highlights another problem: in our perpetual striving for health, where are we turning for the facts and figures we need to orchestrate our micromanaged regimes? We may spend ages over-thinking our daily macros and step counts, but do we stop to question why we’re doing it and who says we should?
‍

In the late-2000s, I was a biology doctoral student trained to seek out peer-reviewed, published evidence for both my studies and the anorexia that was gradually consuming me. The University nurse gave me a paperback book that therapists had been using for years, steeped in practical exercises using Cognitive Behavioural Therapy (CBT). It was far from ideal, as treatment should be dynamic rather than relying on outdated knowledge. However, it was more credible than what someone in a similar predicament may do today: scroll Tik Tok for ‘what I eat in a day’ videos and scour Instagram for wellness hashtags, trying to collate an image of the fully functioning – but still ‘fit and healthy’ - human they want to be. The latter method of self-help exposes extreme lifestyles touted by influencers and randoms, from militant keto dieters to weight training devotees claiming kettlebells are a cure-all.

Of course, people do exhibit discretion when scouring the Internet for health advice and many are adept at rifling through the nonsense. However, the inescapable reminders of how shameful our lifestyles are, and how they need scrutinising and fine-tuning, are enough to wear anyone down. Downtrodden and desperate, we go online to discover a quick-fix perfect formula, but our unhappy state leaves us vulnerable to falling into unhelpful and harmful traps.
‍

I had absolutely no idea I would develop an eating disorder when I started exercising. It was only many years later that I would come across emerging research showing anorexia – often attributed to sociocultural factors - is actually a metabo-psychiatric disorder. This means it is as much caused by metabolism as by psychiatric reasons, and 40-60% of the development of anorexia is due to genetics. A classic way for a genetic predisposition to develop into illness is for an individual to slip below their natural body weight, or set-point. So, assuming you are in no danger because you’d never want to take your health kick too far is unfounded; eating disorders are not a choice, as I found out.

Lockdown accelerated the national fixation with exercise. Now that life is opening up again, will people cope without fitness regimes that have become so ingrained? When schools reopened, an 11-year-old classmate of my friend’s son admitted to lapping the playground every lunch time ‘getting his walking in’, to which he had become accustomed in lockdown. How many others, of all ages, are in this situation?

There is, of course, nothing wrong with maintaining activity levels and food intake that serve us well – but moderation and balance must be considered, along with a broader view of what ‘well’ really means.
‍

Holistic health is a better goal

It is easy to see how the pandemic, combined with the spread of misinformation, could be sparking eating disorders and exercise addictions in people who would otherwise never have suffered. But even for the majority, who thankfully will not face such morbid outcomes, an obligation to punish via more exercise and less nice food seems to stretch out infinitely ahead. Neither group of people deserve these fates. How about, instead, a future enriched with true contentment? In other words, isn’t wellbeing (a holistic concept of how one’s life is going) more important than wellness (living a ‘healthy’ lifestyle, the goalposts of which constantly shift)?

The Happiness Research Institute was founded by Meik Wiking, who enlightened the world with Scandinavia’s secrets to happiness through his book The Little Book of Hygge. The Institute strives to discover how our experience of life is affected by variables including physical, mental and socioeconomic. Research suggests physical condition is a relatively small determinator of how a person feels in their lives, with mental and social factors being significantly more important. You can do all the steps and squats you want, but a belief that physical fitness will automatically translate into a better life is unsubstantiated.

The concept of holistic health is, I believe, the one that should dominate our focus, rather than a bewildering and exhausting micromanagement of our bodies. Moreover, every body comes with its unique profile of metabolic rate, natural weight and shape, muscle composition and so on – so where is the sense in everyone trying to squeeze into narrow windows of physical indicators or follow identical diets? Humans evolved over millions of years to be remarkably good at homeostasis – maintaining status quo – so input from unnatural exercise regimes, cleanses and rigid diets rarely result in the promised outcomes anyway and can cause more harm than good.

“Here we were, thinking Cross Fit and celery juice would make us live our best lives, then you come along and say it’s actually all about fluffy jumpers and cake! Genius!” said Cotton.

This sums up a lot of what I learned from my experiences. Being ‘well’ is not complicated and if your attempt to achieve it feels wrong – be that because it’s compulsive, isolating, or perpetually miserable - then it’s time to change what you’re doing.

Rhiannon is a freelance writer living in Warwick. Her personal website is rarely updated whilst she concentrates on writing a memoir, but can be found at www.rhiannonkou.co.uk! Instagram: @warrhior; email: [email protected] 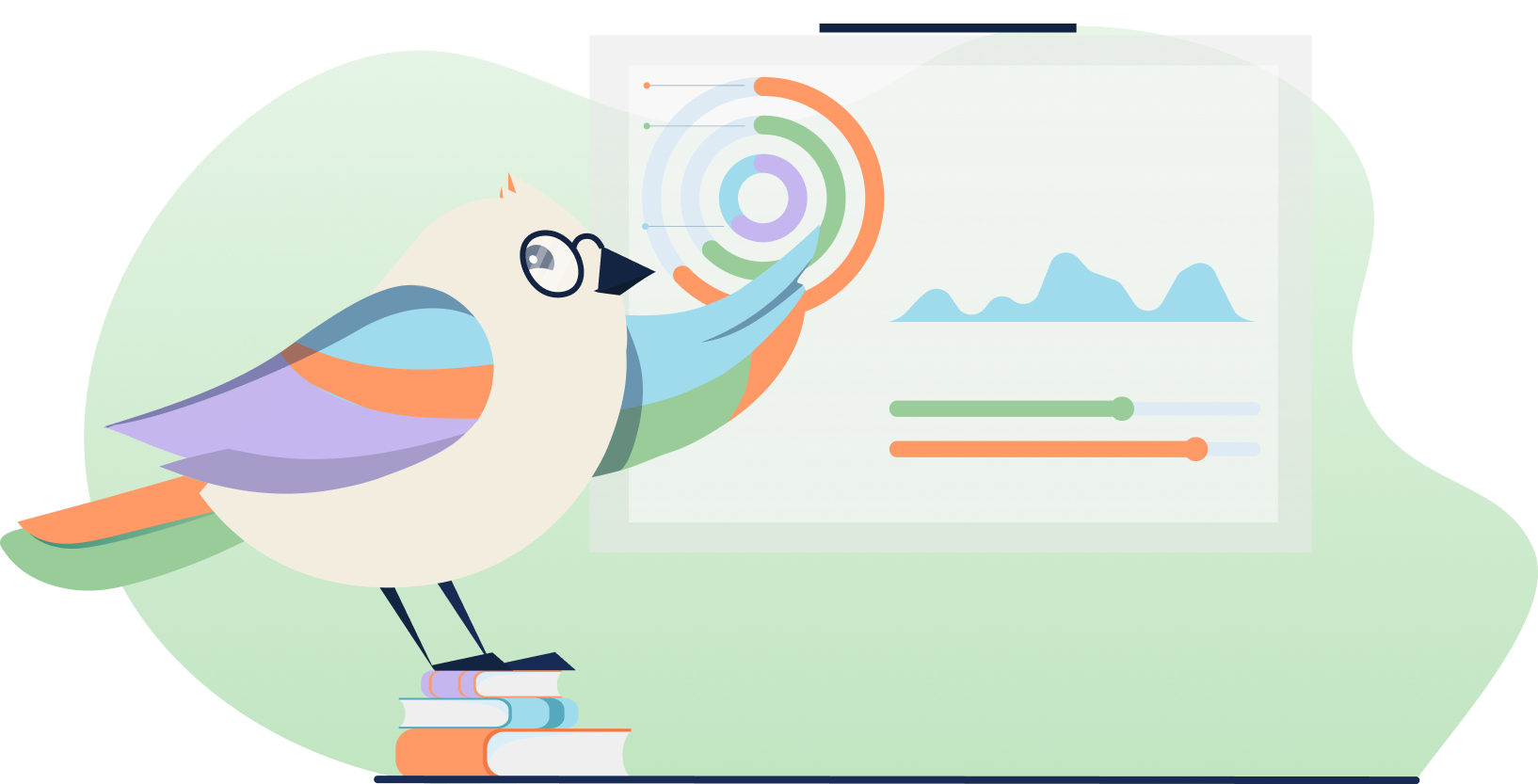 Welcome to the Holly Health Blog!

What you will find, how to get involved and much more! 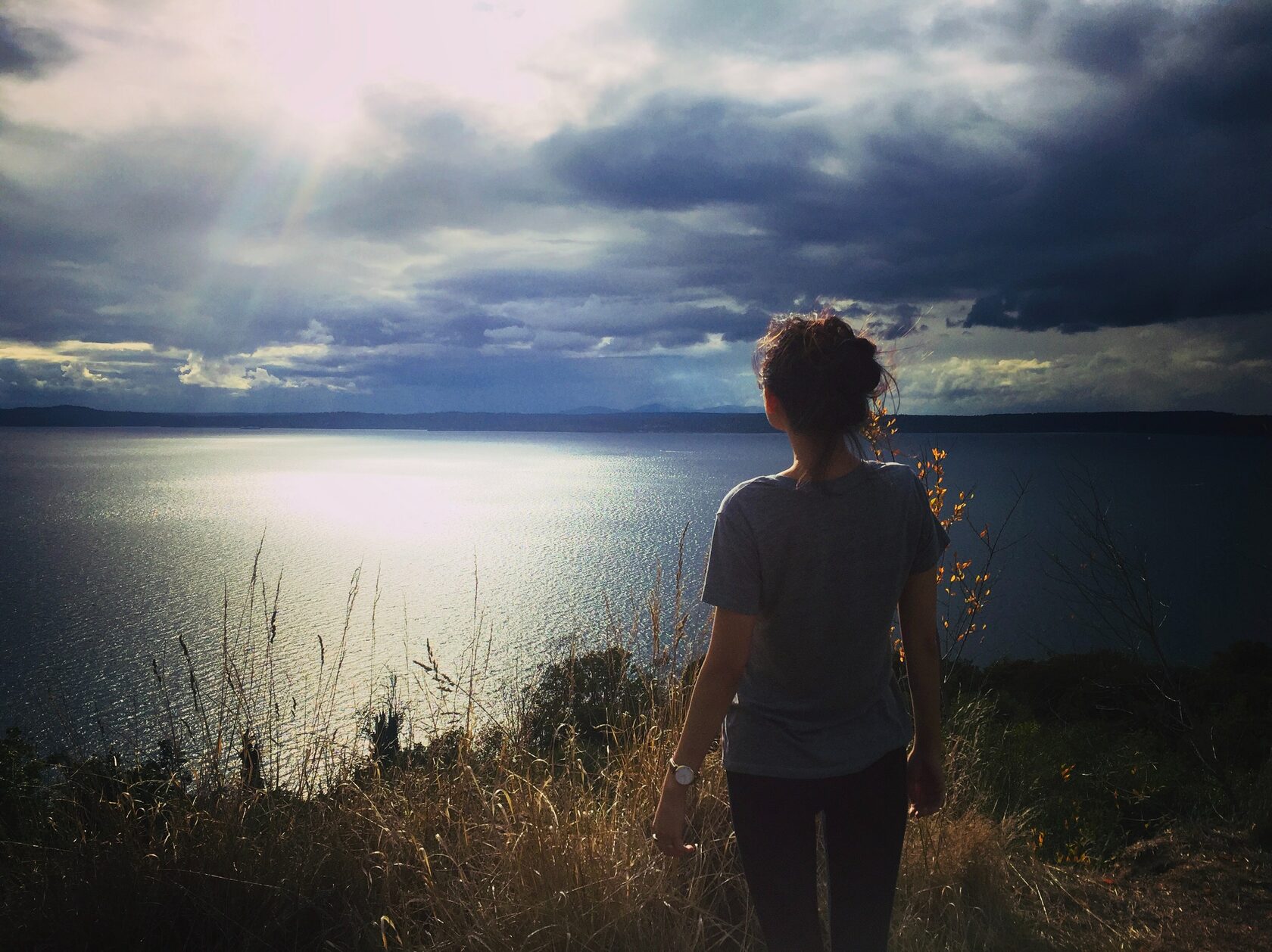 Depression: A journey of self-discovery

This article is a very personal piece where Susan, who has been diagnosed with bipolar disorder, talks about how it feels like to go through a depressive episode, and how to use it as an opportunity to get to know yourself better 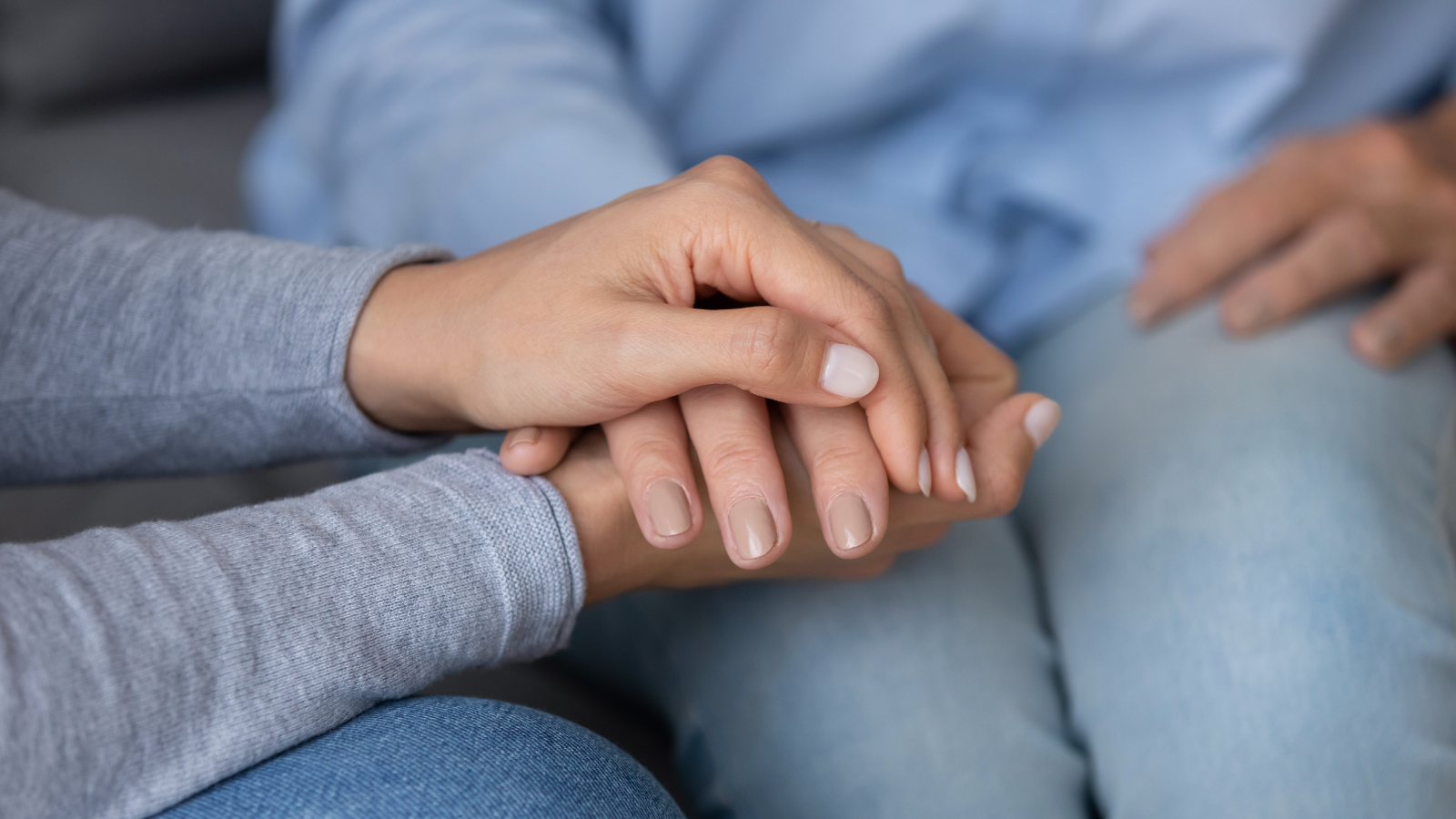